SPINNER long ago recognized that passive intermodulation (PIM) is a problem that commonly afflicts mobile communications, and ever since has made a point of developing products for this sector that help reduce PIM. We have also created low PIM testing components. The applicable IEC standard requires their inherent PIM to be 10 dB better than the devices they are used to test.

Based on our decades of experience in developing low PIM products, we offer both outstanding testing components and pioneering products that reliably support our customers in automating their test processes. They confer clear benefits: significant time and cost savings, both in production and in final testing and inspection.

How can you speed up testing in production, for example of mobile communications antennas or filters?
The answer is simple: with the new SPINNER Low PIM Switching Matrix!

It lets you easily boost your output by concurrently measuring PIM and VSWR on separate test paths. And that’s not all: thanks to the exceptional reliability of every measurement, you avoid having to frequently repeat tests to compensate for uncertain results. This dramatically reduces the number of required test chambers and systems, allowing you to slash your costs by working on less space with less testing equipment while also cutting expenditures for maintenance and personnel. With today’s accelerating production cycles and dwindling profit margins, this can give you a crucial competitive edge.

Configurations from 4 inputs and 4 outputs all the way to 16 inputs and 16 outputs can be supplied. Integrated controllers and an Ethernet or USB port also enable remote operation or make it easy for you to centrally capture and store measurement data. 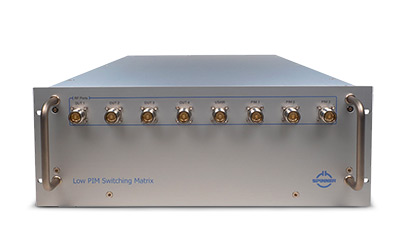 Conventional testing adaptors with push-pull mechanisms are designed for manual use. They do not compensate for shifts in position and are therefore unsuited for automatic testing.

This is where the advantages of the SPINNER EasyDock come into play. This spring-mounted adaptor accommodates shifts in all planes and directions when connected to a device under test (DUT) and is therefore excellently suited for automatic testing. Its use greatly slashes the costs of production and final inspection.

The SPINNER EasyDock is available in three different versions with 4.3-10 and 7-16 connectors:

Convince yourself of the benefits of EasyDock

In many testing situations, it is necessary to frequently switch between different measurements, e.g. PIM and VSWR. The SPINNER low PIM switch is a double-pole, double-throw (DPDT) switch and therefore excellent suited for applications of this type. It has excellent PIM properties and switches so precisely that it can even be reliably used in calibrated sequential test setups.

It is particularly invaluable in complex configurations for testing multiple ports, used either singly or in programmable matrices. It saves time and therefore also costs when testing quadruplexers or antennas up to 90%. 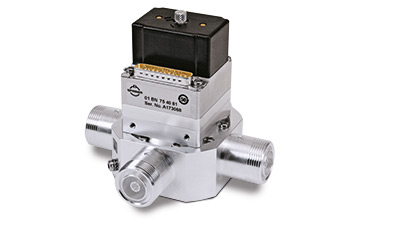 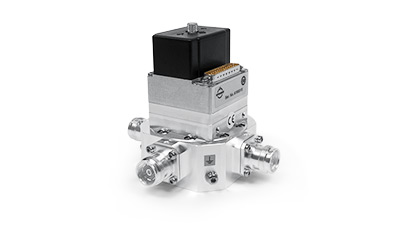 In the final acceptance of many radio frequency products, measurements for PIM, VSWR and isolation are common. Connecting the terminals of different measurement devices to the device under test (DUT) as well as between the DUT terminals can be very time consuming and therefore costly. This process can be significantly accelerated with our Low PIM switches in combination with the SPINNER EasyDock measurement adapters. Once applied to the DUT and measuring device, the various measuring methods can be performed easily and quickly by simply switching from one measuring device to the other (potential savings: up to 90%).

Cables are among the most-used components in testing labs. SPINNER has developed exceptionally good low PIM SF 3/8” and SF 1/2” test cables. Extra-long anti-kink sleeves make them highly robust and long-lasting. Both ends can be flexibly terminated, also with right-angle connectors or fixed sockets. For PIM measurements, SPINNER recommends 4.3-10 and 7-16 connectors.

Cables used in testing situations are often subjected to significant stresses and strain. When they are twisted, however, it is usually hard to compensate for the forces involved and they wear out faster as a result. SPINNER low PIM rotary joints are the solution. Inserted in the connection between a testing device and a device under test (DUT), they rotate to prevent damage to the cable without affecting the test results.

A classic example is antenna testing. This involves placing a cabled antenna in a test chamber and measuring it while turning. The use of SPINNER low PIM rotary joints relieves the stresses on the test cable, thus greatly extending its service life.

The SPINNER low PIM rotary joint is available with 4.3-10 or 7-16 connectors. 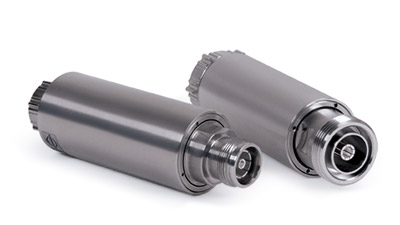 Every PIM test setup is terminated with a load, which ideally should be free of intermodulation to avoid distorting the test results. That, at least, is the theory. In actual practice, many loads touted as “low PIM” don’t perform as intended. The SPINNER low PIM load is a shining exception, boasting outstanding PIM values as low as -170 dBc. 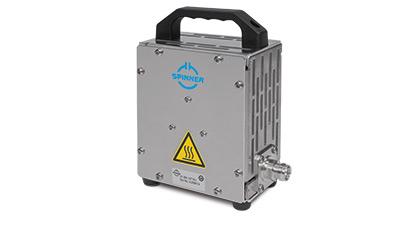 Our new universal load will not only take a load off you, but is also more universal and especially better than everything else that has been available until now. You no longer have to fret about whether you should take along loads with female or male connectors. Plus, you no longer need any adapters and you only have to take a single load with you for PMR/TETRA and mobile communications. 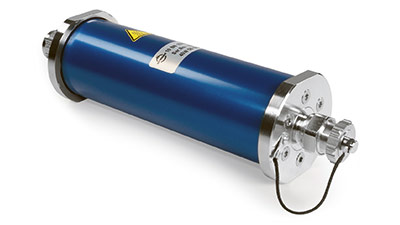 Our new low-PIM load, which deals with every situation, it:

Our new load is deliverable starting in late April!

« back to SPINNER Test and Measurement Components 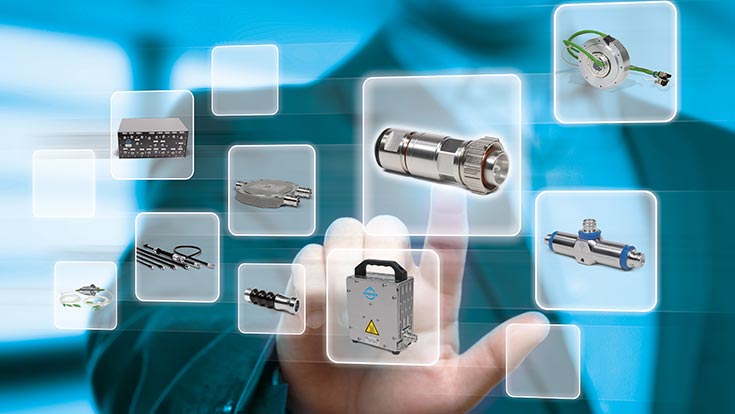 For detailed information on SPINNER products please follow the link: 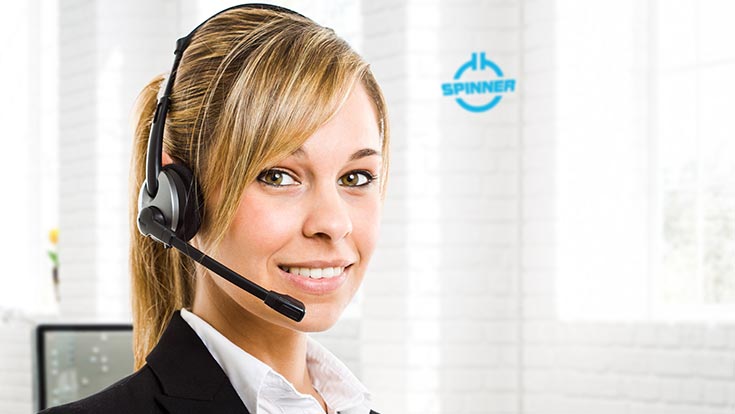